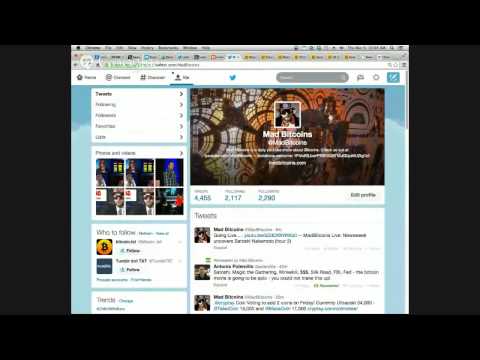 Bitcoin - The Currency of the Internet

A community dedicated to Bitcoin, the currency of the Internet. Bitcoin is a distributed, worldwide, decentralized digital money. Bitcoins are issued and managed without any central authority whatsoever: there is no government, company, or bank in charge of Bitcoin. You might be interested in Bitcoin if you like cryptography, distributed peer-to-peer systems, or economics. A large percentage of Bitcoin enthusiasts are libertarians, though people of all political philosophies are welcome.
[link]

Newsweek: Bitcoin Too Big To Fail

A synopsis of events compiled from the story:
The story's background information suggests Dorian Nakamoto might have had the means and motive to create Bitcoin, but there's nothing directly pointing to him as the creator of Bitcoin. There's no electronic trail leading to him. There's no hard evidence that this man even knows what Bitcoin is.
Dorian's statements in his driveway could be interpreted in a number of different ways given the sequence of events and statements by relatives.
I'm not convinced.

What's the difference between the Newsweek Bitcoin story and the Grantland Dr. V story?

In terms of journalistic ethics.
Obviously the Dr. V backlash came later and the turn in terms of the ethical conceit followed it.
In this case the backlash has been instant, but it "seems" that the journalistic community has supported the newsweek writer and it will be interesting tos ee where it goes. But I thought I'd ask about it here, see if anyone ahd thoughts.

Newsweek: Bitcoin Too Big To Fail

Reasons to be wary of Newsweek's Bitcoin inventor 'discovery'

Newsweek, Bitcoin and the ethics of "doxxing"

Is anyone over here in r/journalism following Newsweek's bitcoin story? What are your thoughts on the article's reporting and investigation? Links to arstech article -the colossal arrogance of Newsweeks bitcoin scoop

In response to Newsweek's story identifying Dorian Nakamoto as bitcoin's inventor, Nakamoto is denying involvement and raising funds to sue Newsweek. See mor... Here is a look at the equipment used in the cryptocurrency mining process and how a miner manages costs to build earnings. March 7 (Bloomberg) -- Tina Brown, former Editor-In-Chief at Newsweek and founder at Women In The World, discusses Newsweek's return to print with a claim of finding the creator of Bitcoin and her ... An article in Newsweek that says it has found the real Satoshi Nakamoto, the alias used by the creator of the virtual currency Bitcoin, has prompted many ent... MadBitcoins Live: Newsweek uncovers Satoshi Nakamoto (hour 2)