Signet Could Give Bitcoin a More Stable, Predictable ... 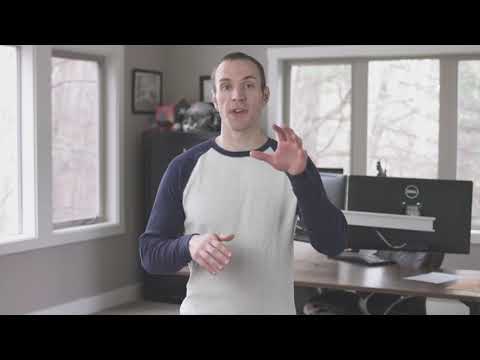 Good morning traders of the StockMarket sub! Welcome to Wednesday! Here are your pre-market stock movers & news this morning-

EARNINGS RELEASES BEFORE THE OPEN TODAY:

EARNINGS RELEASES AFTER THE CLOSE TODAY:

THIS MORNING'S MOST ACTIVE TRENDING DISCUSSIONS:

Bank of America – The bank reported adjusted quarterly profit of 47 cents per share, 3 cents a share above estimates, Revenue fell below forecasts. Bank of America took a charge related to the new tax law but expects to benefit from lower rates going forward.

Tiffany – The luxury goods retailer said holiday season comparable-store sales rose by 5 percent compared to a year earlier, with overall sales up 8 percent. Tiffany attributes the increase to stronger demand for higher end jewelry. Tiffany did say it expects full-year 2018 earnings to be flat to slightly lower compared to 2017.

Apple – The stock was downgraded to "neutral" from "buy" at Longbow Research, which sees iPhone shipments coming in below consensus for fiscal 2018.

CSX – CSX reported adjusted quarterly profit of 64 cents per share, 8 cents a share above estimates. The railroad operator's revenue was slightly shy of forecasts due to a drop in shipment volume. Its bottom line was helped by higher prices and better expense controls.

Boeing – Boeing formed a joint venture with Adient Aerospace to develop and manufacturer airplane seats. Each company is contributing $50 million to the project.

Juno Therapeutics – Juno is in talks to be acquired by drugmaker Celgene, according to The Wall Street Journal. People familiar with the matter told the paper a deal could be announced within weeks.

SandRidge Energy – SandRidge is planning to meet with its largest shareholder, investor Carl Icahn, to discuss his call to shake up the company's board of directors. Icahn had said last month that he was considering a proxy contest.

Oracle – Oracle issued a security patch to fix flaws in Intel chips contained in some of the business software giant's products.

Intercontinental Exchange – ICE will start another NYSE-branded market – named NYSE National – to be launched during the second quarter, according to a Securities and Exchange Commission (SEC) filing. The new market will only be a trading venture rather than a listing market.

Signet Jewelers – A U.S. judge overturned an arbitrator's ruling that had allowed 70,000 women to take part in a sex discrimination case against Signet unit Sterling Jewelers. That group had not originally opted to join the suit.

Rio Tinto – Rio Tinto called for the dismissal of an SEC case against the mining giant. The suit had accused Rio of overstating the value of coal assets in Mozambique that it had bought in 2011.

Sanderson Farms – The poultry producer said supplies of antibiotic-free chicken are exceeding demand, which could hit the profits of poultry processors like Sanderson and rival Tyson Foods.

bigbear0083 has no positions in any stocks mentioned. Reddit, moderators, and the author do not advise making investment decisions based on discussion in these posts. Analysis is not subject to validation and users take action at their own risk. bigbear0083 is an admin at the financial forums Stockaholics.net where this content was originally posted.

What is on everyone's radar for today's trading day ahead here at StockMarket?


I hope you all have an excellent trading day ahead today on this Wednesday, January 17th, 2018! :)